Yeah, I know it’s goofy, but sometimes I nerd out on numbers so I’m celebrating today since it’s a palindrome.

Here are some other interesting palindromes:

And of course XKCD 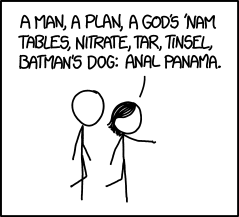